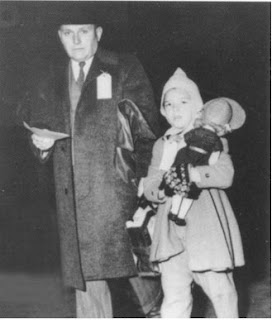 We’re a bit late in posting this item, but it appears to be well worth pursuing for people who live in the northern Black Hills.
-
Most of us are aware that many Japanese-Americans were interned in camps across the country during World War II.

Less well known is that fact that the U.S. Government interned some 15,000 German-American civilians, including citizens and 4,058 Latin-American Germans brought here and later exchanged for Nazi-held American citizens. Perhaps the least known chapter of American WWII history, its legacy has implications for today. Housed in a school bus converted into a mobile museum with its own 21-seat theater, VANISHED illustrates this unknown story through narrative texts, artifacts and multi-media.

The exhibit will be in Spearfish – near the Black Hills State University Student Center, I believe – from 10 a.m. to 1p.m., tomorrow (Thursday, April 24th). It’s open to the public free of charge.