Another delight in the Black Hills

It may not be the stage at the Metropolitan Opera or the Bayreuth Festspielhaus, but renowned operatic performer Johanna Meier appears to be having a great time giving curtain calls inside the cozy Dolls at Home Museum adjacent to the Black Hills Passion Play in south Spearfish. 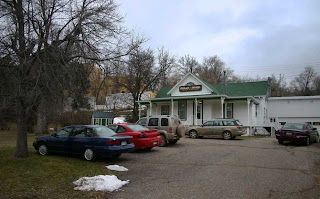 The stars of the museum are the hundreds – if not thousands – of dolls and miniatures nestled throughout the museum at 435 Meier Avenue (she’s never counted them all). Members of the Spearfish Area Historical Society were treated to special tours of the museum this week (12/2/08) in conjunction with Johanna’s evening presentation to the society at the Spearfish Senior Citizen’s Center.

Meier noted that in past centuries, collecting dolls and other miniatures was the province of only the wealthy. In the 20th century, it grew rapidly and is now second only to stamp collecting in popularity, according to Meier. And while many dolls and miniatures are of porcelain, metal, and other materials, they can be creatively crafted from everyday items ranging from cardboard boxes to bottle caps. 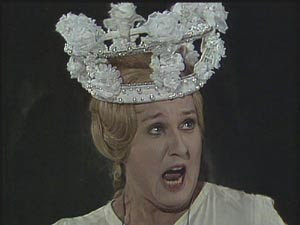 The daughter of Clare and Josef Meier, founders of the legendary Black Hills Passion Play, Johanna grew up in Spearfish and has been “a lover of dolls all my life.” As she pursued a career in music, travel became a way of life. She made her debut with the New York City Opera and did a 15-year stint with the Metropolitan Opera, earning world-wide acclaim and rising to become a major international star. She was recognized as one of the foremost Wagnerian sopranos of her era, retiring in the mid 1990s and returning home to Spearfish with husband, Guido Della Vecchia, to run the Passion Play.

Her world travel allowed Johanna Meier an opportunity to pursue another passion: doll collecting. So it is not surprising to find a wide array of international miniatures among the colorful displays at the Dolls at Home Museum. 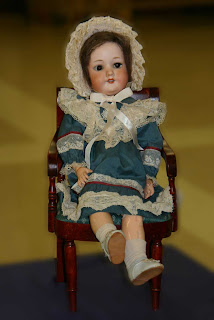 While it’s impossible to capture the magnificence of this collection through just a few photographs, we’ve assembled a small gallery of Dollhouse photos in our History Gallery. There are also a few shots taken during her Johanna’s evening presentation.

For her evening talk, Meier brought along a table-full of dolls and miniatures, which she delighted in describing to the audience. She also shared a favorite poem by Phyllis McGinley entitled “The Doll House.”

You might expect an international opera star to be aloof and cold. Johanna Meier is neither, and she exudes a warm and gracious personality. Of course, this is no surprise the long-time Spearfish residents, many of whom remember her from her early years growing up in the community.

Few of her international admirers probably know of Johanna’s deep fondness for collecting miniatures – but we also expect that many her Black Hills neighbors never had a chance to witness her on-stage performances that earned Johanna Meier world-wide acclaim.