Alonso to give update on underground lab

Few places in the Black Hills have spurred as much discussion the past few years as the Sanford Underground Laboratory at the old Homestake Mine in Lead. 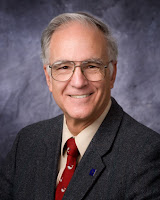 And members of the Spearfish Area Historical Society will have a chance to get caught up on recent developments at the laboratory when Dr. Jose Alonso appears before the group on Tuesday, November 1st at the Senior Citizen’s Center in Spearfish.
Alonso, who served as Director of the Sanford lab for two years between 2007 and 2009, still keeps close contacts with the Sanford Lab.  His 7:30 p.m. talk is entitled “What’s Up with the Sanford Lab?”
His tenure as Director of the Sanford Underground Laboratory saw the re-opening of the Homestake mine:  the beginning of rehabilitation of the Ross and Yates shafts; re-establishment and successful restart of the pumping systems; and perhaps most importantly -- the establishment of an early science program with installation of numerous geophysical monitoring sites at different levels of the mine, and the beginning of refurbishing of the Davis Campus at 4,850 feet.
Alonso, who earned his Ph.D. in nuclear physics from the Massachusetts Institute of Technology in 1967, worked at the Lawrence Berkeley National Laboratory for most of his career, retiring in 2002.
Alonso will talk about the present state of the laboratory, which is now called the Sanford Underground Research Facility, or “SURF.”  He’s expected to discuss future development of the Homestake mine within the family of prominent national and international underground laboratories.
The Spearfish Area Historical Society meets on the first Tuesday of each month at the Spearfish Senior Citizen’s Center, which is located at 1306 Tenth Street in Spearfish.  Refreshments will be served following the presentation.  The meeting is open to the public.